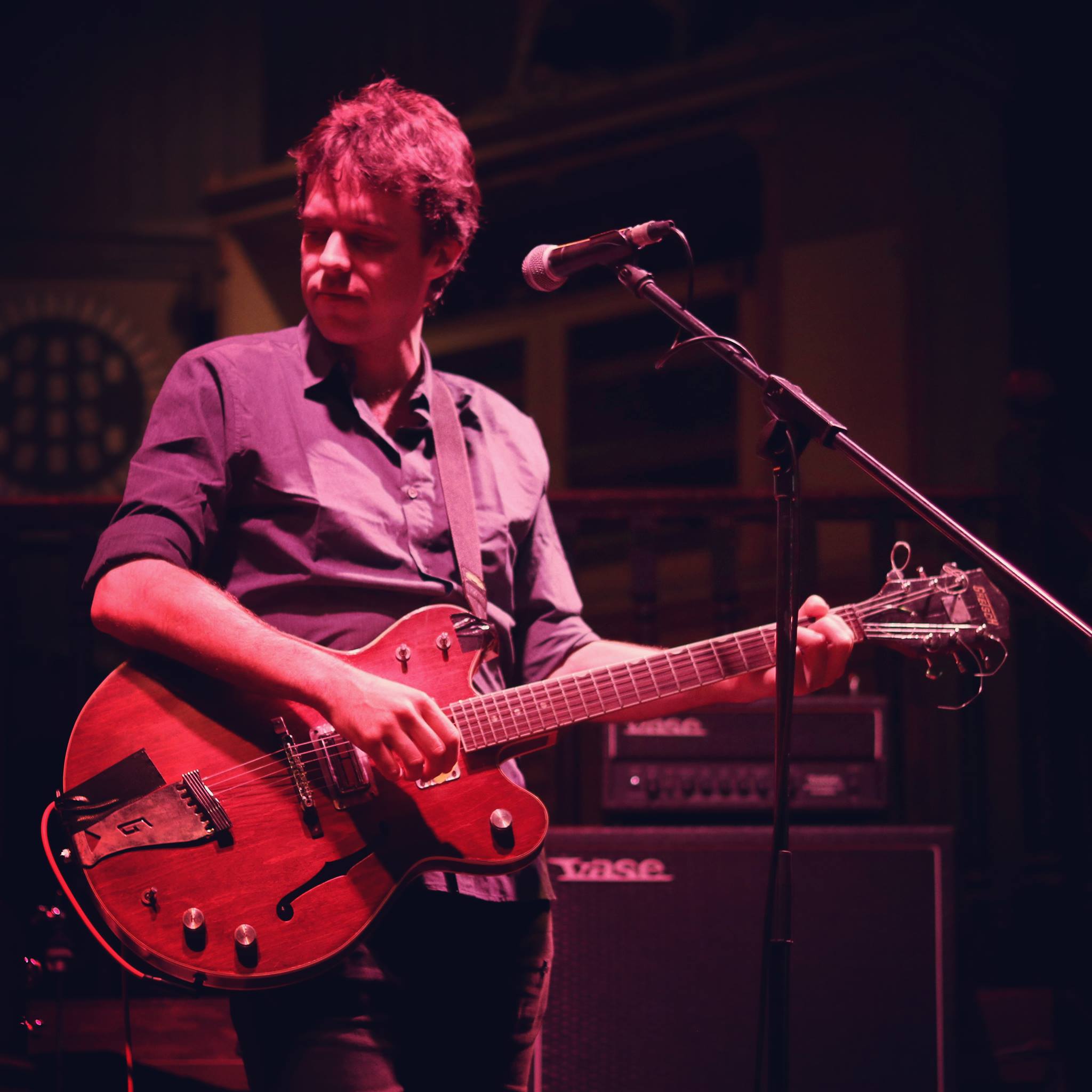 Jeremy Hunter is this week’s Featured Artist. He is also an amateur astrologer, sci-fi movie buff, Indian food fan (apparently you just have to say garlic naan and he starts to salivate in anticipation). Plus, most importantly, he is an endearingly humorous and an insightful songwriter.

You may have had the pleasure of seeing Jeremy play live in Brisbane over the years, but unfortunately for Brisbane fans, he’s pulled up stumps and the good folks in Adelaide will be counting their blessings instead. Jeremy has been popping up on the radio as far back as a decade ago in a ten-piece folk band, Inland Sea. A time that Jeremy describes as a highlight as he reminisces about amazing amounts of fun with a group of 13, crammed into a little van cruising around Britain on tour. We can only imagine  the inspiration that was spawned on such an adventure.

Jeremy Hunter’s music is a kaleidoscope of sound.

He has a panache for mellifluously meandering through his own conscious state and fashioning his sentiments to form a narrative. This paints an idea, a thought, an image that we can all connect with. Taking the time to explore Jeremy’s stories is a pursuit well worth your time.

Jeremy is humble in person however he harbours a fearless spirit. One which has recently steered him to record, mix and produce an upcoming debut album. Due for release in not so many months.

Once you’ve jumped onto Jeremy’s profile and had a look and listen, you’ll understand the breadth of his artistry which can’t be helped in bringing out the inquisitiveness in us all. We wanted to know where his inspiration comes from. His answer:

“I quickly got obsessed with learning to play every song I could and figuring out the chords to tracks on the radio! And then I started writing my own and I never stopped.”

From a 12-year-old boy given his first drum kit, to 13 and picking up a guitar, music has inspired and consumed his life. Although Jeremy advocates that destiny cursed him with a dumb need to write songs. Forever having to forgo the ability to live in a frosty cabin and hunt deer and gather winter herbs, as is how he put it. In truth it appears he is 100% accurate. For when we asked what he does for fun well his words tell it all.

We couldn’t do this Jeremy Hunter justice without giving you a little insight into the engaging and down to earth person he is. I mean just check out this story he told us.

“Well I have a tendency to make friends quite easily. For example, the other day my car broke down and while I was waiting someone invited me in for iced tea; I ended up staying and playing cards for five hours and now we’re mates! Hopefully your gig will be like that – I like meeting new people and just having a laugh. I try not to take myself too seriously and so just relax and I make some nice music for you all :)”

How cool is that story?! It gives you a glimpse into what sort of experiences Jeremy could weave for you in your home, back yard, café, special occasion or hotel bar. If you’re in Adelaide or just traveling through make sure you say ‘Hi’ to Jeremy…or at very least check out his profile on Six8.

“I’m excited about Six8 because of the opportunity to play intimate shows for people who love music but may not go out to gigs all that much.”

P.S. We suggest that you put in a request for Jeremy’s song ‘The Best Santa Claus is a Dead Santa Claus’. We are as inquisitive as you hopefully are.

If you haven’t already had a read, check out last week’s Blog “Low Pay, long hours…how will live music survive?”