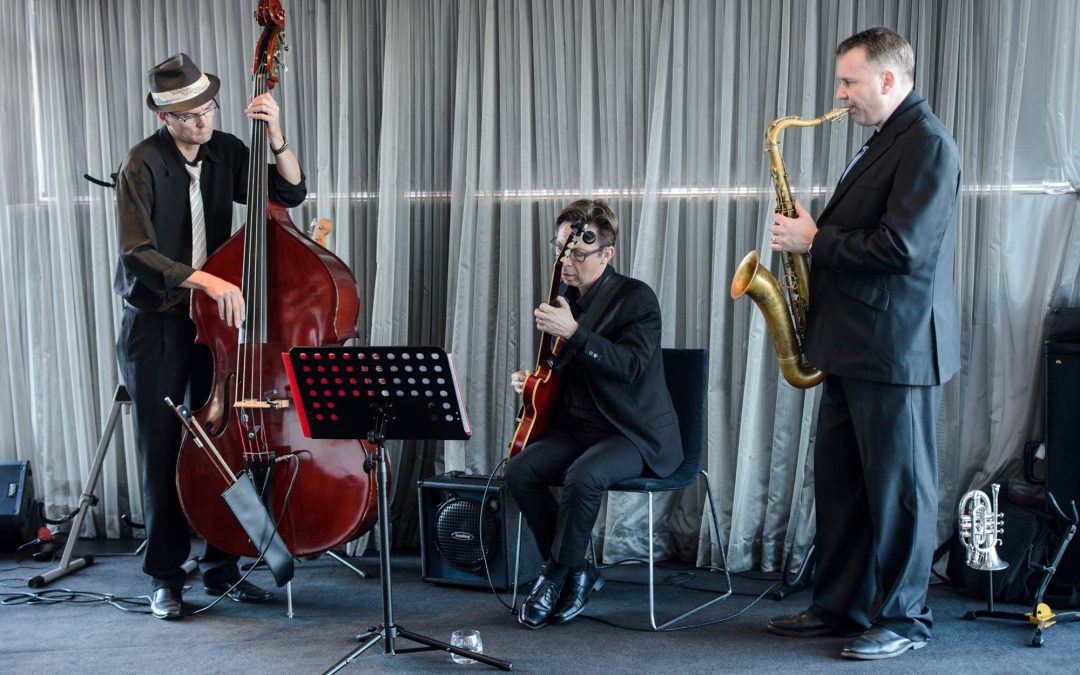 Steve Morrison is a stalwart of the Sydney jazz scene. The multi-instrumentalist has showed his chops in venues as varied as Japanese restaurants to The Basement. Behind it all, we found a deeply engaging artist who’s as well versed in geo-politics as the peculiarities of the live music trade. We sat down with him for a chat.

So, tell us a little about yourself Steve. What’s your musical journey so far?

I grew up in the Blue Mountains in a musical family. I learned classical trumpet and then at 17 picked up bass. By 18 I was earning money and at the end of my first degree (in applied mathematics!) I became a full-time musician.

Since then I’ve played for 25 years doing many gigs in many places. I still love music, probably more than ever.

And what are some of your musical highlights? Favourite performances, EPs/ albums released?

There are so many highlights. Generally a lowlight has very little to do with the music but all the other factors surrounding a gig.

I always loved playing at the Basement. Any gig where people really listen is good. Headlining Manly Jazz festival a few years ago was another highlight. Massive crowd, but they were there to hear music. I love corporate parties and weddings because everyone has a good time and I get to contribute to that. People have live music for a good time. It’s an honour to be part of it.

I’ve done many albums with bands I’ve played in over the years. Also session work and similar roles. I have released 4 self-titled jazz albums and I’m currently finishing my 5th – Planet Funky Bass. Recorded music is quite different to live music but both are great fun and very satisfying.

The music can be a challenging industry to work in, why did you choose it?

I didn’t choose the music ‘industry’, I chose music. I just love playing and to get paid to do what I love is amazing.

I’ve tried to avoid the music industry. Instead of competing with bands for a weekend gig at a local pub I instead went to the pub with no live music and tried to convince them to have some. In doing that I think I’ve created more live music and gigs without having to compete with other hard working bands and musicians.

That said, it is difficult to make a living from music. There are very few musicians who can live off live performance. Most need a supplementary job or to do a lot of music teaching to survive.

Sydney’s had its share of ups and downs, what’s your take on the industry here?

Sydney is probably the hardest city in Australia to find work in as a musician, but when you do find it the pay is the best in the country. There are external factors that affect music greatly, such as the GFC in 2008. The band was often the first cost to be cut for weddings or corporate Christmas parties.

Legal issues are also hard for venues as is trying to pay the very high rents in Sydney. To break even with live music as your drawcard is very difficult.

I’ve watched carefully over the past couple of decades as some of our institutions have shut down (Soup Plus, The Basement, Harbourside Brasserie etc). The common theme I’ve noticed is a flaw in the business model. To have a successful music venue you need to be content with breaking even, not making profit. You also need a person who knows the industry and is very music and business savvy. At the same time you need top quality food and a person who knows how to run a restaurant.

I have this model all ready to go… I have a world-class chef ready to team with me to create a sustainable jazz venue with amazing food. We just need a few investors…

Wow – we’re looking forward to the announcement! You recently did a Six8 gig at a Wine and Food festival, how did that go?

The Good Food & Wine festival was amazing. Hundreds of stores and thousands of people. I was hired through Six8 to play for these amazing non-alcoholic spirits created by a company called Lyers. I was the only musician there! It was great fun and I loved playing solo double bass for three days solid.

Since that gig I’ve discovered that solo double bass is actually pretty cool. I’d never done a solo gig before but since I’ve done three or four a week. I also mix it up with some solo trumpet and jazz guitar.