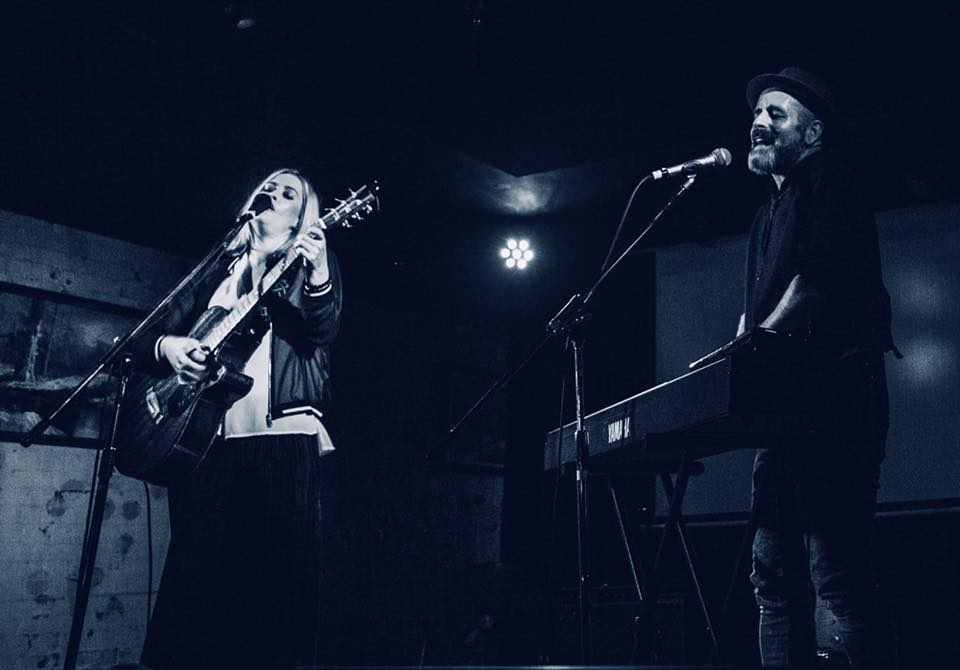 A massive congratulations to this Week’s Featured Artist Amy & Ant! They will be heading to Queensland’s outback later this year to be part of the line-up of for the new Woop Woop Festival. If you haven’t heard about it yet, then do yourself a favour and check it out. It’s a brand new festival and it looks set to be a stellar event. (Ok so yes, we may also be a little biased given Amy & Ant will be playing).

What a magic duo Amy & Ant are! I mean between the two of them they are a powerhouse of drive, variety and talent. Plus, they are true representations of the type of artist that Six8 exists to support – those that love to be creative in order to connect!

When speaking to these guys both individually and together, you can instantly tell that Amy & Ant care deeply about their craft. More than that, they care about the beauty in each other’s talents. I get the feeling that they want to help each other soar, evolving to achieve their individual desires.

I particularly love how this duo formed. Both played tennis at the same centre, getting to know each other. (A few quips were thrown about around who beat who, but I promised my professional secrecy).  Anthony mentioned that over time he felt that Amy shared his values around music: open-mindedness, dedication and pride in small wins. Jovially he explains the first time he approached Amy about a band, “It sounded something like a pick-up line ‘Hi, would you like to join a band?’.” (Given we know he has a family that loves to adventure with him, we know that this was not the case.)

Amy’s advised her initial thought was something along the lines of ‘Oh Yeah, Whatever!’. It was not until their first band meeting when Anthony played one of her songs, that she had sent him early, that she realised her initial response was totally underwhelming. He had evolved it staying true to her writing, yet enhancing it remarkably. Just talking to them both I could feel the emotion from them as they relayed the dawning of what had transpired in that moment of realization. The significance of what they could potentially do together. Wa-la the forming of Amy & Ant.

Meeting Anthony Bishop has been the most unique moment.  He really has helped opened my music up and we are doing everything we could possibly dream of doing. (I’m hoping he feels the same about meeting me lol)! Amy Scales

Since forming Amy & Ant these two continue to display a deep respect for each other and their craft. They have taken their own musical pallets, blended them together to create something spectacular. With the energy between them and a unique sound, which is a mesh of rock, pop, synth with even a bit of Indie, there is much for any audience to admire and enjoy.

We love listening to heaps and heaps of music. Everything from Opera through to Pop/Rock helps with inspiration.  Everything around us; noticing nature, relationships and thoughts.  We love clever word play. Amy Scales and Anthony Bishop

I sometimes get a bit deep and dark, but Anthony brightens us up again with his inspired Pop/Rock writing. We love experimenting with technology as Ant’s is a whiz kid. Amy Scales

To experience musicians that embody artistry in its true form, check out their below video or explore their profile or even get yourself a ticket to the Woop Woop festival, just make sure you see Amy & Ant’s live.

“We are really happy you loved our video (we had fun making it) and think Six8 is soooo exciting for live music. We are both social people and love to meet new people.  Music is so important to us and we really love what we do.” Amy & Ant